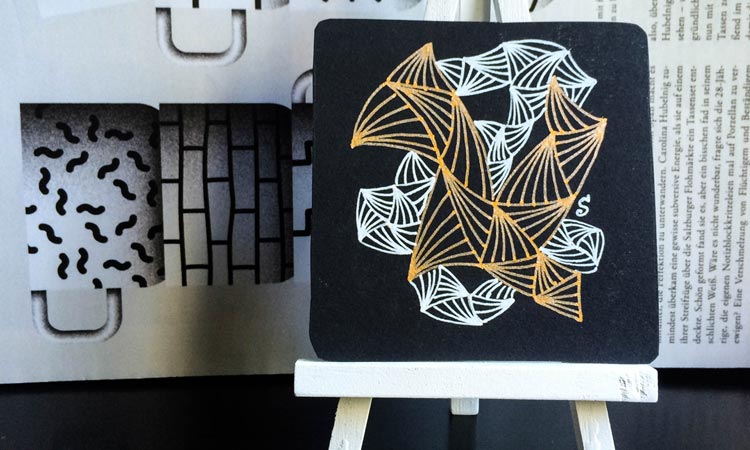 This week the challenge is based on Molly Hollibough’s tangle Munchin, which she demonstrates in a video on a black tile.
So far I haven’t tangled on black tiles. One simple reason, I don’t have a black zentangle® tool set; the other reason, if I have to decided on instinct I would decide on the white or renaissance tiles. So I had to smile when I read about the diva’s confession not being a hudge fan of black tiles.

But in order to say something adequate to the black tiles and tangling with a “white” gelly pen I have to try it. Here in Germany, especially in the countryside, it is not easy to get the original tiles and sakura pens, so I had to improvise with black cardbox paper and another gelly pen-brand.

Now after tangling white (and  gold) on black with a gelly pen, here my résumé: I really thought it would be much more difficult to draw with a gelly pen fine strokes but it really worked good. nevertheless I am actually not a fan of this kind of pen. Certainly I can’t say anything about the black tiles since I didn’t use the originals. But so far my gut instinct was right and still – if I have the decision – I would use white or renaissance tiles. But maybe some day I will like black tiles just as well, because I won’t stop tangling on black tiles. And some day there might be a “wow-effect”. 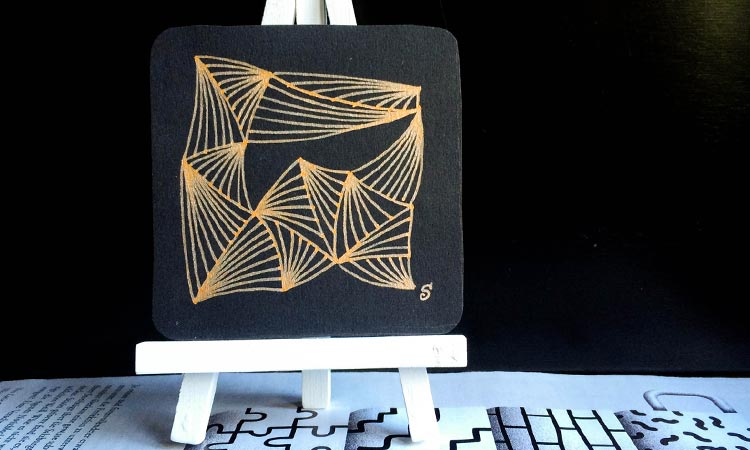